Rentier Capitalism. Who Owns the Assets, and Who Profits from What Makes them 'Assets'? 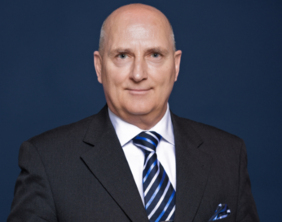 Why seems the most sticky criticism on anything related to capitalism, or the flaws of the capitalist economy and so forth, always to be coming from the political far left? Naturally, such criticism is "fundamental", directed at superseding the whole "system", instead of being motivated to rectify what goes wrong, or what became problematic, ossified, or resulted in unintended consequences. If I want to identify problem areas and understand where our economic system fails - whatever 'failing' means -, and where we would need serious repairs, it seems I need better turn to those with the intention to demolish its base, and to bring us collectivist happiness… if not for their solutions, for their diagnoses.

Put differently, it would be rewarding to find more critical analyses as sharp and pinpointed from within our common understanding, instead only from those that read, quote, and utilize Marx and his followers. From the vantage point of a liberal, or a sympathetically capitalism-accepting perspective, we find more criticism directed only to counter those charges brought against capitalism at large. They focus on arguing that redistribute measures, collectivist programs, and all that comes with stifling individual creativity are doomed, long-term. Yet while all of that may be true, we nevertheless need better ideas for improving the economy we have, instead of downplaying its shortcomings.

An interesting lineup of recent authors at odds with the systems as we have it ranges from Piketty, Graeber, Harvey, Mazzucato, Standing, to many others – all with their own ideological anchors. We can add now Brett Christophers, Professor at the University of Uppsala, whose interest "…ranges widely across the political and cultural economies of Western capitalism, in historical and contemporary perspectives" (quoted from his website).

"Rentier Capitalism" deserves to be reviewed here on IPE's AM Books, and comes – as usual – with a recommendation to put it on your asset management reading list. The reason is not (only) for his critical views on what he sees as issues and flaws within the economy, but for other reasons, which we will try to outline here. (And even though his analyses and deep-dives focus a lot on the UK economy, which makes this book only prima facie less relevant; the somewhat lurid subtitle reflects a stupid selling motive, it doesn't give you a clue what to find in the book.)

What you will find in the book is rentier capitalism on the 'dissecting table'. Christophers identifies a persistent pattern: rent as an ability of rentiers to extract long-term payments for the use of scarce resources in the absence of relevant competition. This view of rent is much wider that what you would think of when using the term in the context of housing and/or land-use. That is only one appearance of rent, albeit an important one – and don't think of the rentier as an elderly individual reclining in her rocking chair. 'Rentier capitalism’ is Christophers' label to describe our economic system, dominated by rentiers, rents, and a myopic focus on rent-generating assets – the bulk of which is not owned by individuals, but, more importantly, by companies. As such, he sees the trend from production, value creation, etc. – to what can be called 'sweating the assets'.

Christophers dissects rentier phenomena in 7 chapters, each focusing on specific sectors; bear in mind that monopoly power is a crucial element in each, though most obvious in the working of Intellectual Property Rights and in Platform Businesses:

Christophers criticisms are similar, yet not identical to the ones levied by Mazzucato, Harvey, Standing, and – quoted often times – Piketty (needless to add: having his own vantage point); Mazzucato's dichotomy between value creation and value extraction shines through, yet Christophers aims to focus on the problems not based on ideological or moral reasons, but rather as "The monopoly power inherent to rentierism […] is generally inimical to dynamism and innovation" (page 31) - and that is a valid and important observation!

All system's criticism aside, the detailed analyses of business models, sectors, market structures and all that make the book pulsating for our industry, dealing with companies, assets, or asset and sector allocation. Christophers immerses himself in detailed scrutiny, avoids polemic (only injecting a spicy smirk here and there), and his dense writing may appear a bit off-putting at the beginning: bear with him, new perspecitives on business models that you have not compared yet with rent-generating letting land can function as eye-opener, and give insight into why so many business models are being redesigned in the way they are.

As so often, diagnosis of a problem is not tantamount to knowing how to fix it. Somewhat few and not fully convincing are his ideas of remedies, or what to do about the economy slipping from producing into more and more a state of rent-extracting, as a most prevalent activity of contemporary capitalism (his prime example: the UK). But such should, in fact, be better addressed by those wanting to keep our economy, by and large.

If Christophers is right, if there is a fundamental trend "from employment to assets", then 'rentierism' is a problem of our economy, for which it needs to be "protected against itself". Neither is inequality going to disappear, nor creativity to return without addressing questions of competition vs. monopoly. A growing corporate ownership of assets, focusing on rent-generation, implies reshaping patterns of class and inequality, and is per se not helping to build a more sustainable society. You may not want to endorse the author's ideology, but the book prevents myopia.