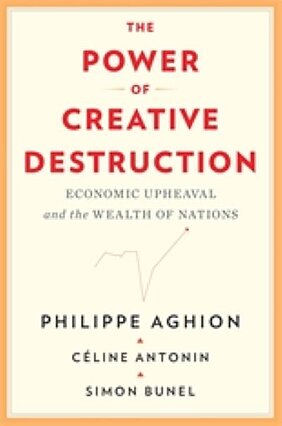 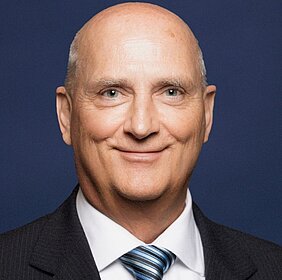 Dr. Oliver Roll's review of "The Power of Creative Destruction."

In this series of AM book reviews we have started many times with how the titles of books may help, or not help, in getting the idea of what is covered. The title of this book does not need much further explaining in our investment industry, as Schumpeter's creative destruction has become a real code word, if not buzz word. It features in sagacious comments on the effects of innovation, and it functions as a euphemism for the janus-faced consequences of disruptive business models. Creativity and innovation are key in any economic development, on the micro as well as the macro level. The ramifications of such a phenomenon range, consequently, from the impact on the personal lives of affected workers or employees (e.g. if their skills become obsolete, and they are being laid-off), to the competitiveness of nations or economic systems, and economic policy making.

'Pulling up the ladder' of innovators after they have implemented their innovation, to secure rent seeking from reaping the proceeds of their businesses, may not be what society or our economy need. Trying to settle the tension in the conflicting 'creative' and 'destruction' – which combined feels somewhat like an oxymoron – we have gotten used to the 'upheaval' being conducive to the 'wealth of nations', at least in the long run.

Whether all this can be validated, put to the test of empirical scrutiny, and even be forged into tools for economic policy makers, is what is addressed in the book. In some sense, it is even more: something like a 'phenomenology' of creative destruction. As such, the authors cover in  their 15 chapters on some 320 pages the full panoply of questions that you might have on the late Schumpeterian concept, such as:

The enigma of takeoffs, the secular stagnation debate, Kuznets and Kaldor facts, green innovations and sustainable growth, the Danish flexicurity model, and much more is being presented, set in context and analyzed in this book. And besides those concrete topics, it is a fitting addition to our AM book review series, as it is also the author's stated claim to 'argue that the answer to our problems is not to abolish capitalism. It is to invent a better capitalism by harnessing the power of creative destruction...' (preface, page 8).

These are the facts of the book - which are being presented with examples from several economies (the US, France – of course, but also from the UK, Germany, Denmark, Japan, etc.). You will find a lot of factual information in it, with graphs and charts on almost every page. No wonder, as the authors make clear 'The raw material of this book comes from five years of lectures at the Collège de France...' – plenty of time to assemble loads of data, sources, and material.

To conclude the review with some critical observations, this last point is exactly what makes reading sometimes a little slow: you find yourself splitting your attention between the charts, and the text, which tries to explain the charts, which becomes somewhat tedious in jumping from chart to chart. Unfortunately, focusing on the text only doesn't really work. And 'academic politeness' is distracting quite often, too, as many of their sentences read like 'The authors A, B, C, D, E and F have shown in a paper in the year 2020 that...' (followed by a description of what is in diagramm XYZ). Such academic courtesy doesn't really help in making a book readable.

However, all in all quite a tour d'horizon of creative destruction: creative in assembling the manifold aspects of what it is, and brings about, and also destructive in clearing various prejudices and pigeon-holed notions about 'disruptive' phenomena.